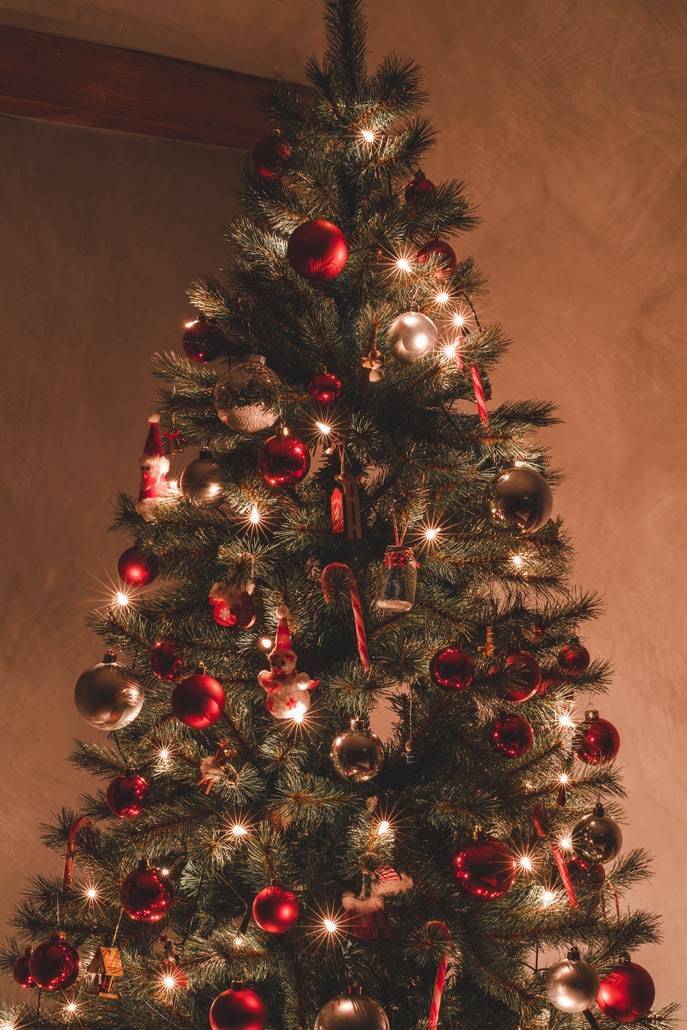 The Christmas tree has a long history, dating back much further than you might imagine. For thousands of years evergreen plants and trees have been used to decorate peoples’ homes in winter, forming part of winter solstice celebrations. The ancient Egyptians believed that the sun god, Ra, grew sick and weak during the winter but the solstice marked the beginning of his recovery as the days started to grow longer. Egyptians would fill their homes with evergreen plants which symbolised Ra’s triumph over death. In ancient Rome, the festival of Saturnalia, celebrated in honour of Saturn, the god of agriculture, was marked at the winter solstice as this was a sign that new growth was on its way. In Northern Europe, evergreen plants were used to decorate homes as it was believed that they would keep away witches, evil spirits and illness, and Druids would decorate their temples with evergreen boughs as a symbol of everlasting life. Whilst the use of evergreen plants for decoration during winter was an ancient custom in many countries, the tradition of the Christmas tree almost certainly began in Germany.

Christmas trees may have developed out of the custom of the Paradise Tree. These “trees” were made from branches or wooden frames and decorated with apples. They were used to advertise German Christian plays which were traditionally performed in front of churches during Advent to tell Bible stories to people who could not read. In the early church calendars of saints, the 24th of December was Adam and Eve’s Day, and people would erect a Paradise Tree in their homes on this date to mark the occasion. Later, more elaborate decorations were added to the Paradise Tree, such as communion wafers to symbolise Christ and redemption, other fruits, and pastries in the shape of stars, bells or angels. The custom soon became known as the Christbaum, or ‘Christ Tree’.

A different tradition saw people decorate a triangular construction of wooden planks with evergreens, candles and a star. It is said that by the 16th century, this custom had merged with the Paradise Tree and the tradition of the Christmas Tree was born. It is a commonly held belief that it was the Protestant reformer, Martin Luther, who introduced the idea of adding candles to the tree in c.1536. The story goes that he was walking home one winter evening and was inspired by the night stars twinkling amongst the evergreen trees. To replicate the scene for his family, he put up a tree in his home and wired its branches with lit candles.

How Did We Discover The Christmas Tree Here?

It is possible that the Christmas Tree was introduced to the UK by the German wife of King George III, Queen Charlotte. There are records that in 1800 she had a Yew tree placed at Windsor Castle, which she helped to decorate, for a children’s party that was organised for noble families. The tree was decorated with fruits, pastries and toys and the idea soon became popular amongst upper class families. But it was Queen Victoria and her husband Prince Albert who popularised the Christmas tree with the masses in the mid-19th century. In 1848, a drawing of “The Queen’s Christmas Tree at Windsor Castle” was published in the Illustrated London News. It showed the Queen, her husband, and their children around the elaborately decorated tree, and it was this drawing that inspired ordinary people in both the UK and abroad, to adopt the tradition of the Christmas tree.

Apocalypse Fiction
10 New Authors To Look Out For In 2022