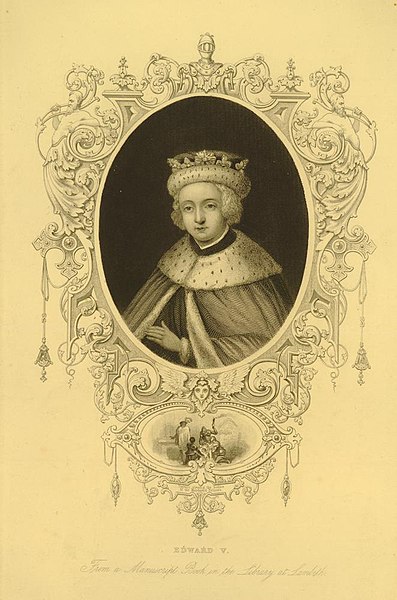 Mysteries Of History: The Princes In The Tower

One of the biggest mysteries in English royal history could be that of the princes in the tower. The two princes were Edward V (pictured, centre) and his younger brother Richard, and the tower was the Tower of London, which has seen many a royal scandal and infamy, including the place of captivity for Mary Queen of Scots.

The Less Than Protective Duke Of Gloucester

On the 9th April 1483 Edward IV, the King of England at the time, died unexpectedly. His son Edward V was next in line, and his uncle, Richard, Duke of Gloucester, from his father’s side, was designated as lord protector; Edward V was just 12 years old at this point. However, Gloucester would prove less than protective. Rather, he proceeded to arrest and organise the beheadings of Anthony Woodville, the boys’ uncle on his mother’s side, and their half-brother Sir Richard Grey. This was before taking possession of the prince himself. It was unsurprisingly, then, that his mother Elizabeth Woodville chose to take her younger son and daughters straight to Westminster Abbey for sanctuary.

Princes In The Tower

The Young King’s coronation was postponed and on May 19th 1483. Edward V was placed in the Tower of London, which was admittedly a traditional for monarchs prior to their coronation. A month later, though, he was joined by his youngest brother, Richard, Duke of York. The stay would become a longer one than usual. Whilst Edward V was in the Tower of London, Gloucester had indefinitely postponed his coronation.

Instead, Gloucester had himself named by Dr Ralph Shaa as the only legitimate heir of the House of York. This was confirmed the following year by an act of parliament known as Titulus Regious, stating that Edward IV and Elizabeth Woodville’s marriage was invalid because of Edward’s pre-contract marriage with another woman. Gloucester was subsequently crowned King on July 3rd 1483.

It is against this background that the mystery of the princes in the tower begins. Soon after Gloucester, Richard III seized the throne, and the two princes were taken into the ‘inner apartments of the tower’ where they were seen less and less until they disappeared altogether. In terms of what happened, historians seem to think that the princes were murdered towards the end of Summer 1484. But the theories are endless; did they both escape? were they murdered by agents of Tyrell, one of Richard III’s men? One part of the mystery is that in 1495 a man claiming to be one of the princes attempted to seize the throne from Henry VII. He was denounced as an ordinary commoner but was not immediately executed, which some have suggested was Henry showing mercy – why would he show any clemency to anyone other than one of royalty?

The mystery of the princes in the tower really came to a head in 1674 when two small human skeletons were found in a wooden box buried under the staircase leading to the chapel of the white tower within the Tower of London. From basic examination it was believed that these were the bones of the two princes, and they were placed in an urn in Westminster. To this day, though, it remains an ongoing debate as to whether these are the real bones of the princes, and who may have been involved in their murder.

Digital Skills To Future-Proof Your Career
Adam Kay: What Humour Can Teach Us About Withstandiing Challenging Times