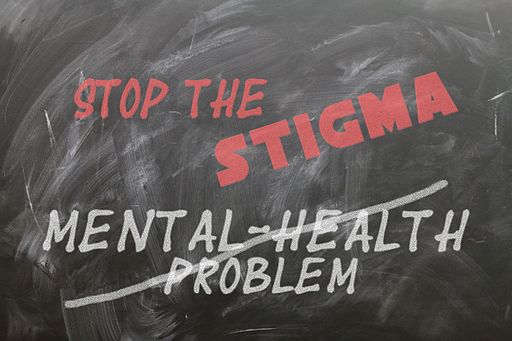 On 17th April, Patti Murin, one of the lead actresses in the live theatre version of Frozen, did not go on stage because of an anxiety attack. Patti, playing Ana, said, “Even Disney princesses are terrified sometimes.” Her fans were extremely supportive via social media, as were Disney.

Meanwhile, Ford Motor Cars have released adverts about the elephant in the transit van. Most specifically, they gave the following statement: “Breaking the Silence on Mental Health. Mental Health is an issue we can’t afford to ignore. So many find it difficult to talk about their problems and choose to battle them alone. As one of the UK’s biggest employers, we wanted to help to change that. Together with mental health campaign Time to Change, we’ve launched an initiative encouraging men to open-up and talk about their problems. Helping change the conversation around mental health for the better.” (ford.co.uk)

However, some people can be less supportive of mental health issues, particularly men with mental health conditions. Ant McPartlin of I’m a Celebrity, Britain’s Got Talent and more, was recently charged with drink driving. He then went into rehab. Whilst I don’t condone drink driving, the response of Carl Fogarty, an ex-I’m a Celebrity contender showed a common misunderstanding of mental health issues in men. Fogarty said that McPartlin needed to “man up!” and everyone should stop running around thinking it is a shame for him.

The Ford Advert is trying to encourage men to talk about their mental health problems, but comments like Fogarty’s can also make it difficult for men to come forward and talk about how they feel. This is potentially very dangerous. Especially when considering the following;

76% of suicides in the UK are men, the biggest cause of death for men under 35
73% of people who go missing are male
87% of people living on the streets are men
Men are three times more likely than women to be alcohol dependent
1/8th of men have a common mental health condition

Despite all these statistics, men are less likely to reach out to psychological services and get help. Why is this the case? Well, there is a lot of debate about the true figures of mental health disorders in men, as it is thought that many go undiagnosed. If their mental health condition is not diagnosed, they may not seek help and receive the support they need, which could result in the higher levels of suicide that we see in men.

Men may be worried about coming forward about having a mental health issue because it feels (or is perceived as) unmanly or not masculine. There is a common idea of the stiff upper lip – that men should not show their feelings. Research by the Men’s Health Forum in 2016 said that the majority of men would take time off work for to get medical help for physical symptoms, but only 1/5 would take time off for anxiety and only 15% would take time off if they were feeling low.

The mental health charity MIND says that 1 in 4 of us will experience a mental health problem in any given year. But as we can see from the above, this may not be the whole picture.
Instead of telling men to man up, our society as a whole should understand that many people need support for their mental health difficulties to avoid worrying and even fatal results. Anyone with a mental health problem should be encouraged to talk to a friend or a professional and seek help.

Is the Gender Pay Gap Unsolvable?
The Crown Jewels of Great Britain