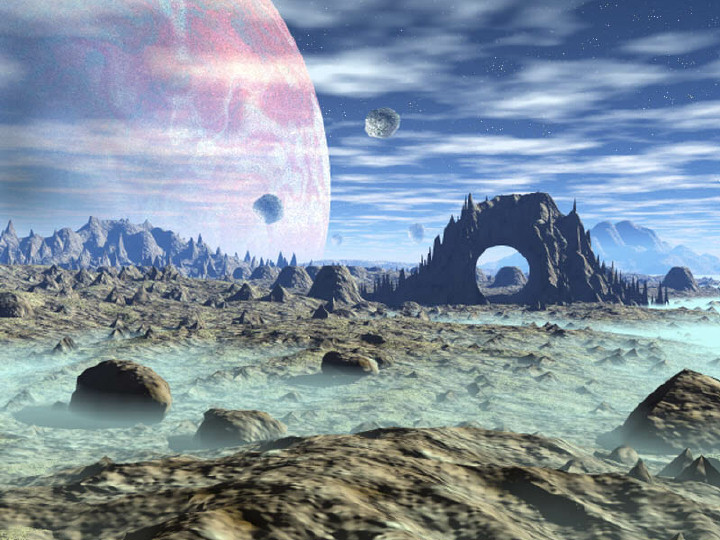 Life On Other Planets

The universe is vast. So surely there must be intelligent life on other planets? But why haven’t we found anyone else out there yet? In the early 20th century, physicist Enrico Fermi asked that very question. This became known as the Fermi Paradox and scientists all around the world have spent much time trying to come up with an answer to Fermi’s question. Below are some of their theories.

This theory suggests that there must be a barrier to interstellar travel and that this is either because the technology for such travel simply does not exist, or that societies destroy themselves before becoming advanced enough to create the required technology. And it appears that the latter scenario is perhaps more likely than the notion of extra-terrestrial life itself. Robin Hanson, from the Future of Humanity Institute at Oxford University explains: “The easier it was for life to evolve to our stage, the bleaker our future chances probably are”, meaning that if a civilisation grew to be so advanced it wouldn’t be long before those people encountered some form of world-ending event.

This theory, published in the Journal of the British Interplanetary Society in 2017, suggests that alien civilisations do exist but that they’re inactive, perhaps existing in a state of hibernation until the environmental conditions on their planet are suitable for them to become active. This theory, however, hinges on the idea that alien species require the same environmental conditions as we here on Earth do and so this theory is perhaps less solid than others.

This theory contends that life needs specific environmental conditions to develop and that these conditions are pretty rare. Astrobiologists at the Australian National University explain that “[Extinction is] the cosmic default for most life that has ever emerged on the surfaces of wet rocky planets in the Universe,” and that a planet must be inhabited before it can become habitable because living organisms change the make-up of the atmosphere. Planet Earth is one remarkable exception to this rule.

There is one interesting theory that suggests that, sustained by subsurface oceans, life exists on the dwarf planet Pluto and/or on the moons of planets such as Jupiter and Saturn. However, any inhabitants of these worlds would be trapped by both the harsh conditions that exist at the surface and the thick protective crusts of the planet/moon on which they reside, making communication with these civilisations impossible.

Evan Solomonides, an astrophysics student and researcher at Cornell University, makes the point that we have only been searching for signs of alien life for the past century – a tiny amount of time when one considers the age of the universe. Solomonides estimates that it could take another 1500 years before we are able to contact intelligent alien life. In a paper submitted to the American Astronomical Society, Solomonides predicts that “under 1% of the galaxy has been reached at all thus far, and we do not anticipate [to find life] until approximately half of the stars/planets have been reached.”

Planets Give Hope, But Not Likelihood

The prospect of connecting with life on other planets looks bleak. There is, of course, ample evidence that life, in bacteria form, does exist in space. Earlier this year, several new strands of bacteria were found on the International Space Station and there is even evidence to suggest that these microorganisms are capable of interplanetary travel. But this type of life is a far cry from the human-esque aliens that many of us wonder about.

For more information, check out futurism.com.