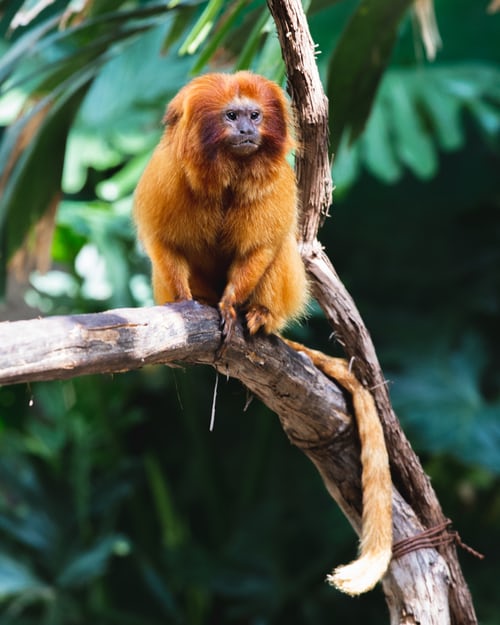 Language Variety: From Marmoset to Man

A recent study by the University of Zurich has determined that marmoset monkeys adapt to new territories by modifying their ‘accents’, the closest way we can describe the monkeys’ range of vocalisations. Whilst these differences are not immediately discernible to the human ear, researchers performed acoustic analyses on marmoset vocalisations which determined that, when joining new social groups, the monkeys alter the way they sound. Why do they do it? Well, in effect, because they want to fit in. It’s unsurprising; as close relatives of humans, and like all monkeys and apes, marmosets need to get along with others in their groups. These are social animals who depend on the support and cooperation of those they live alongside. Humans, whilst having a very sophisticated repertoire of language, need to tailor their own language for the same reasons.

Moving permanently to a new area can result in a permanent change to how we sound. It can even give us a new language altogether. However, for the most part humans deal in more temporary alterations. This is because we have developed a very mobile, complicated social world, where relationships with others differ according to situation.

Think of a teenager attending their first job interview: this will be a new social situation for them, and they will adapt their everyday language for the occasion. You could reasonably expect that they would reduce the use of slang, use complete sentences and (hopefully) avoid taboo terms. A couple of hours later, when out with friends, their language would sound very different. This is known as ‘Communication Accommodation Theory’, as put forward by linguist Howard Giles. He looked at how we become more or less formal in response to different social situations. It’s why we might have a ‘telephone voice’ for making important calls, but then go back to using regional dialect terms and incomplete sentences when we’re relaxed around family and friends.

However, as important as accommodating in language is, it’s also a risky strategy. When politician Ed Miliband sat down with comedian Russell Brand and began emulating his glottal stops (when the ‘t’ sound at the end of the word is missed out), people laughed and found the whole thing insincere. It may even have cost him votes in the general election. Likewise, when Mersey-born footballer Joey Barton started playing for Marseilles and developed a French accent overnight, he wasn’t believed. The thing is, both of these men, consciously or unconsciously, were just trying to accommodate their new social situation. Language – and how it sounds – is a tricky customer. We can probably all recall a time when we ourselves got it wrong.

It’s unlikely that our marmosets will have quite such a tightrope to walk when accommodating for their own new social situations, but the drive to belong is a mutual one. We all need to make certain changes in order to best get by, tweaking the words we use and how we pronounce them as we make our way through a dynamic, ever-changing modern world.