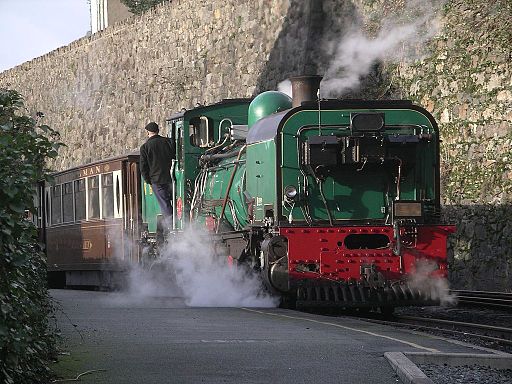 The Golden Age of Steam

From Thomas the Tank Engine to the Flying Scotsman, the British have long had a love affair with steam railways, which no amount of modern life will bring to an end. For many years and for many people, the steady sound of the engine pulling away from a station has been as evocative as nothing else. And the sight of the steam pouring out of the engine always means the same things: travel, excitement; possibly holidays and new and exotic places to visit. And now steam engines and trains seem to be more popular than ever before. So what is it about these historical machines that catches the eye, attracts the attention and brings on nostalgia?

Once the whole country was linked by trains – and in this ‘golden age’ that meant steam. Traditional resorts such as Bournemouth, Southport and whole swathes of Scotland owe their popularity and accessibility with tourists to the railways. And still some places’ best scenery can be best seen from the railway track – like the ‘Jacobite’ in Scotland, and the recently restored Snowdonia steam railway in Wales. In fact, part of the Indian Hill Railway system is now a UNESCO world heritage site.

For many people, getting on a train used to be an adventure in itself; You were on your way, you probably had a small compartment to yourself, and you could open the window. Getting a piece of grit in your eye was almost a trophy! And the more the train got up a ‘head of steam’ the quicker you got to your destination. Interestingly, any ride on a restored steam train will suggest one characteristic to you – quality. On the Isle of Wight steam train ( lovingly maintained by locals ) the wooden doors are polished so that you can see your face in them ( well, almost ) and the strap to open the window is made of soft and lustrous leather.

Now think how much our culture includes trains: remember the children’s father appearing through the steam in the film The Railway Children; the kidnapping revealed by the paper stuck to the carriage window in The Lady Vanishes’? And all those carefully choreographed fight scenes on carriage roofs ( how do they do that? ) in the Bond films and others.
So what happened? Why did this fabulous period in our history have to end? Well, there were probably lots of reasons but you can’t stop progress – or a lack of foresight, others may argue. Modern transport links and car ownership have demanded a completely different approach, if not always for the better.

Luckily wherever you are you can probably get to a transport museum or even have a ride on a heritage line. And why not relive that famous ‘London to Brighton in 4 minutes’ film – you have to see it to believe it!

Episodes of Fact in Fiction: The Man with the Golden Gun
Why Young People Need to Keep On Voting