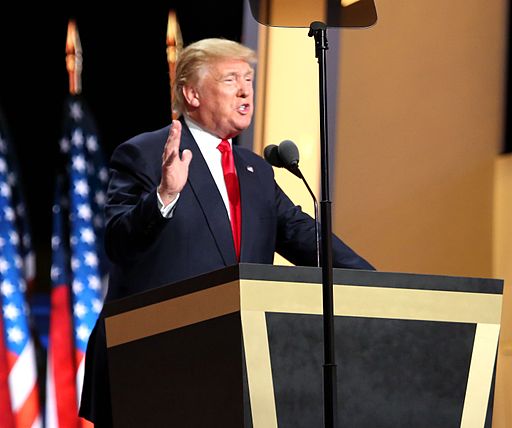 Fake news seems to be everywhere these days – in the newspapers, on the internet and on your mobile phone. It can be very humorous, but it does exist in a more serious form and yes, it can also be very important.

You might think it is a purely modern thing, but fake news has always been there. If you go back far enough, you’ll find the Romans used it in their politics. In the last century, opposing sides in modern warfare would use it to demoralise the opposition. There is also the lighter side of course; for years after Elvis Presley’s death there were reported sightings of him in various strange places, including on a London bus. And there are now quite witty online newspapers full of such stuff. These claims and stories are obviously ridiculous and not intended to be believed. However, when it is produced with specific purpose, part of the point of fake news is that it’s got to be somewhere near the truth for anyone to take it at all seriously. When produced successfully, it will ultimately be difficult to distinguish it from the truth. That’s where things become problematic.

Part of the problem is where you get your news from in the first place. If it’s online, how safe is it from hacking? There are plenty of respectable news sources which will help you understand what’s really going on, but if you choose to get your news from a less renowned source like Facebook, for example ( according to one survey, 44% of Facebook readers use it as their primary news source ), then you should probably take some of what you get with a liberal sprinkling of salt. And when you consider that applies across such a huge platform to so many people, then yes, it is a serious matter.

There’s very clear evidence that fake news from Russia influenced the recent American election – which makes it quite ironic that the man most famously distrusting and suspicious of the American media is he who benefited from it the most: current President Donald Trump ( above, at one of his infamous press conferences ). America isn’t the only place to be influenced, though. Some would argue that campaigners in our own recent European referendum did not always stick to the absolute truth.

Serious journalists would probably tell you that this is a very alarming, damaging phenomenon. There are brave professionals who take risks to bring us untarnished news from dangerous situations – was zones, oppressive countries – to report fully and accurately on what they find. Their work can instigate other nations to bring aid, solve problems – or indeed stop doing things they shouldn’t. So there is the real fear that replacing real news with anything else could harm democracy and human rights; that these same journalists and the organisations they work for could become discredited by the whole fake news issue. If it is easier to believe in something false and that appears alongside something more difficult, you may choose to ignore what you don’t want to hear. If it benefits you to discredit and belittle the media, then in your eyes at least, it helps.

So what can be done about fake news? If you’re at all concerned about it you could be careful with what you read, watch and listen to. Is what you’re being told likely or even feasible? Or is it just what you want to hear all the time? Can you become more discriminating? There are specific guides to identifying fake news on the internet if you’re not sure. Even Parliament has now asked one of its select committees to look into the whole matter and report back. They’re worried about democracy as well. I wonder what they’ll say.
.

The Media’s Princess
The Best Online Learning Tools: For the New Term