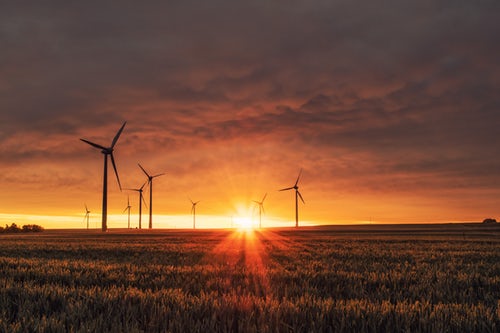 The environment is a hotbed of debate and controversy today. Many people are rightfully concerned with the state of the planet, and how those with power react to the relevant issues.

Today, children the world over have started adding their voices to this global discussion with more vehemence  than ever before. The fact it is still proving so difficult to change attitudes to the extent that we can help the environment with real significance, though, begs the question; are schools themselves doing enough to educate and inform their pupils on climate change and global warming? The previous generation also wanted to help the environment at school age, but it is debatable as to whether they have done enough in adulthood.

When children want to learn something, they’re more likely to go to the internet today than to a library. Because of this, they can be at least partially informed at the click of a button on their own time. As much of the science behind climate change is now easily accessible online, younger people have taken it upon themselves to read up and develop their thinking, in many cases outright bypassing the schooling system. Environmental activism, awareness, and education; they’re each being independently sought. It’s all fast become a movement that’s still going from strength to strength, largely detaching itself from any kind of academic paradigms.

Because of this, the consensus amongst many people is that schools themselves are not doing enough to educate their pupils on environmental issues. In fact, many pupils worldwide have become so despondent – and angry – that they’ve begun skipping school and taking to the streets in protest to have their say. If their teachers, politicians and parents are content with the current state of things, then what choice is left?

The one who started this new call to protest, Greta Thunberg, came to this conclusion of inadequate education on the issue. The Swedish 15-year-old chose to temporarily abandon school and protest at the nation’s parliament building. She declared that she did so because “nobody else is doing anything. It’s my moral responsibility to do what I can.” The protests occurring now are largely held because of her intuition and justification.

In the case of the UK, much of Britain’s academic elite walked straight out of Eton and Oxbridge and waltzed right into Parliament not too long after. They are supposed to be some of the best and brightest thinkers the UK can offer, but still they seem to shrug off a plethora of environmental matters brought directly to them. Do they welcome the destruction of planet Earth, or is it more likely that their privileged education has still somehow failed them where global warming and climate change are concerned?

Many of the older generations have opposed the radical worldwide protests, including Theresa May herself and The National Association of Headteachers (NAHT). These two reactions could forecast how much schools may adapt in future. They don’t condone students skipping class for any reason but the exceptional, and likely won’t develop their rationale beyond this. Obviously, it’s incredibly important that kids go to school and attend their classes, but one could say that NAHT and May are missing the bigger picture; there’ll be no school to go to if the environment continues to be poisoned and neglected. And while there are more global protests planned for the imminent future too, the people with power still aren’t responding as they perhaps should be.

Still, none of this is to say that some institutions and teachers aren’t doing their best. There have been numerous pupil-led programmes that have taken place at school that have helped some institutions become more environmentally friendly in their running. Nevertheless, while some schools are willing to get aboard, others aren’t so inclined. Henry Greenwood, founder of The Green Schools Project, which aims to raise awareness of environmental issues, has acknowledged that many schools “are just looking at academic results and Ofsted”, and that his efforts aren’t too dissimilar to “pushing a ball uphill.” While progress is undoubtedly being made, it’s not quite enough just yet.

Ultimately, there still needs to be a change in attitudes. Academic results and Ofsted reports, while important, certainly aren’t everything a school should have to offer. Environmental issues could easily intertwine with the teaching of science or humanities subjects, so perhaps they could be better addressed and taught there? More extracurricular activities could also be funded and introduced, or leaflets passed out at the end of year-wide assemblies. Ultimately, then, the fact is that yes, there is a lot of room for improvement where the schools are concerned.