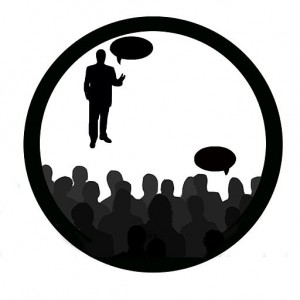 Do you categorise yourself as working, middle or upper class? A hundred years ago, this was an important consideration and dictated where you would live, how much money you had and what you did for a living. Thankfully, in the twenty first century, we no longer have to abide by rigid class distinctions and the circumstances into which a person is born do not necessarily dictate their path for life.

However, there does exist such a disparity between the quality of education offered by schools and universities that educational snobbery is inevitable. Parents often find themselves moving house in order to live in the catchment areas of the best schools, whilst young people at university can find themselves being judged on the basis of the ‘pedigree’ of their seat of learning.

In Northern Ireland, educational snobbery is rife. The 11 plus, which was introduced in 1944 across the United Kingdom for the purposes of academic selection, was largely rejected in the 1970s in favour of comprehensive education. In Northern Ireland, children continued sitting the exam until 2008. At this point, the 11 plus was scrapped to make way for a less selective process and to embrace the comprehensive ideal. Educational snobbery still prevailed, however, as the 68 grammar schools in Northern Ireland certainly had no intention of removing selection criteria. The parents of children starting secondary school would appear to concur with this snobbery, as there are now thousands of children (the majority of P7 pupils) sitting the new AQE and GL transfer tests in the hope of gaining a place at grammar school. These parents are keen to ensure that their children receive the best possible secondary education, and those who attend grammar school are statistically more likely to progress to university. Although the system is clearly flawed, the fact remains that parents are voting with their feet, lending significant authority to educational snobbery.

In the rest of the United Kingdom, unless you live in an affluent area, in order to be the recipient of a grammar school style education, you’ll be paying for it. Is it fairer to have a widespread comprehensive system flanked by the might of public schools? Surely this simply validates educational snobbery? The best performing comprehensives in the country appear to be as selective as the grammar and public schools, to the exclusion of children from poorer or disadvantaged backgrounds. Parents who care will fight to the death to get their children into good schools, but what about the children of parents who are disengaged with the education of their offspring? Educational snobbery would suggest that those children simply aren’t relevant in the battle for quality education.

In Flanders Fields the Poppies Blow
Technology: A help or hindrance in class?