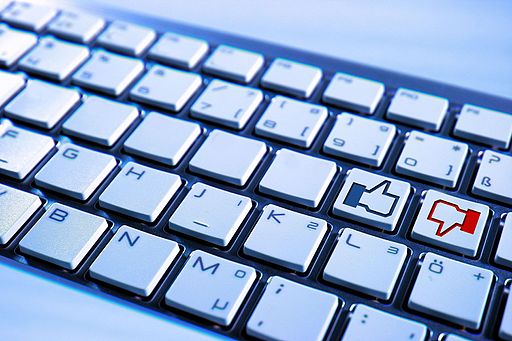 Screen addiction is becoming an increasingly common phenomenon in today’s society—a phenomenon that, according to Dr. Nicholas Kardaras, often proves more difficult to treat than drug addiction because of its cryptic nature, hiding behind tantrums or problematic behaviours. There are ways to treat screen addiction, however, one must first identify the problem.
Digital addiction has soared in both children and adults alike, with teenagers spending an average of 11 hours per day in front of a screen. Apart from interfering with screen-free activities, such as outdoors play and socialisation, digital addiction is also linked to ADHD, anxiety, depression, aggression, and even psychosis. Both teens and adults who spend time on social media may also be affected by the ‘social comparison effect,’ which subconsciously makes them compare themselves to their so-called ‘friends’ on social media platforms and to the perfect lives they seem to lead.

In kids and teenagers, screen addiction often substantiates when schoolwork falls through the cracks, interpersonal relationships suffer, and health and hygiene deteriorate. What conquers the mind is the moment when the screen is turned on again, enveloping the viewer in both appropriate and inappropriate content. Screen addicts may also experience withdrawals and demonstrate an aggressive behaviour if the screen is taken away from them forcibly or at once. Additionally, digital addiction is often the cause of the thin line between fantasy and real life. Addiction to video games, for instance, which seems to be very common among teenagers, blurs how gamers view the world around them, sometimes rendering it hard for them to distinguish what is real and what is not.

This is why, according to Dr. Kardaras, steps should be taken to treat digital addiction. What he suggests for mildly addicted people is to first try and have tech-free dinners and no-tech periods during the day, thus allowing the viewer to have some time to themselves and enjoy what they are doing at each particular moment. Other small but effective solutions are to get rid of one’s phone if it’s by the nightstand, making the bedroom a screen-free environment; read a book; meditate; or walk in nature. Such activities allow one to simply ‘be’ and not ‘do.’

As Dr. Kardaras points out, society has rendered us ‘human doings’ and not ‘human beings.’ We have forgotten what it is like to be bored and deal with that boredom, to daydream or simply look at the ceiling. This is a problem because learning to overcome boredom in a productive way is actually one of the healthiest things we can do. And if people cannot learn to overcome boredom, then they should similarly know to accept it, because to do so is more than acceptable in itself – to be bored once in a while in this fast-paced world we live in, where constant accomplishments seem to be creeping their way into our DNAs isn’t such a bad thing.

NHS 70
The Effects of Globalisation on Education