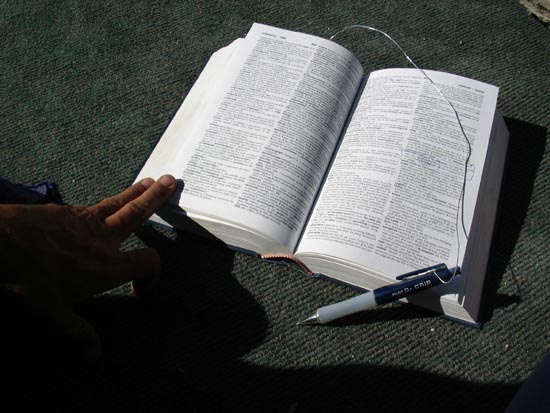 How do we decide what goes into the dictionary?

To make sure that our dictionaries stay current, lexicographers (those who create them), constantly monitor new words that enter the public domain, as well as keeping watch on words that are rarely used, having fallen from favour. The Economist likened dictionary-makers to fishermen: They hunt the internet and social media sites, “gathering words with a wide net.”

Modern dictionaries record the words people actually use, rather than all words; preferring to have separate specialist dictionaries for scientific words and avoiding slang words. Lexicographers do a great deal of research to make sure a word has a wide and enduring usage before including it in a dictionary. Even so, dictionaries are usually out of date by the day they are published. For a word to merit inclusion in a dictionary it has to have been around for a certain amount of time, which means that for some portion of the word’s early life it will have been in regular use but not defined in any dictionary. Were dictionaries to be entirely up to date on all the newest words and phrases they would have to be entered the second they are first used. This is of course impossible, as compiling and publishing a dictionary can take up to five years.

The only languages that do not change are dead languages such as Latin, because people don’t speak them on a daily basis. A good dictionary has the responsibility to remain as current as possible and to explain how to use and spell the language in question, as well as what each word means. Not only are new words entered into the dictionary, and old unused words removed, but new meanings for current words are added. For example, a mouse used to just be a small rodent, now it is a computer component as well.

The Oxford English Dictionary uses the Oxford English Corpus, a database of 2 billion words to help it keep our dictionaries up-to-date. Lexicographer Angus Stevenson of the Oxford University Press, told The Guardian newspaper: “We can bring a few hundred examples of a word up and work out what the basic meaning is, and try to arrange an order of meanings that reflects usage. It’s quite an artistic job really; bringing together statistics and information.”

Where did “English” come from?
To the Final Frontier and Beyond