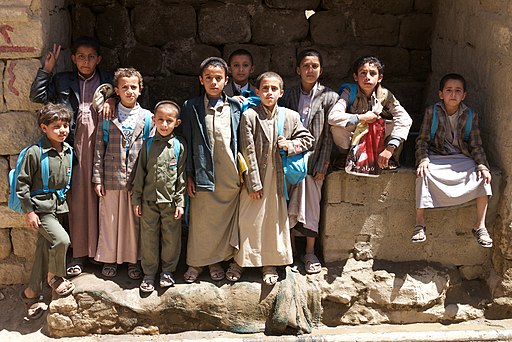 Welcome back to our Crisis Schooling blog series. Today, we’re discovering how students have fought to get an education in one of the world’s most dangerous war zones – the middle eastern nation of Yemen.

The bombing of schools is common in a country being ravaged by vicious infighting, where 80% of the population live in dire poverty.

When an airstrike reduced her school to rubble, nine-year-old Samia felt like the war was following her everywhere. The attack on Samia’s school evacuated her class into a tent in the boiling heat, where, she said, it was “impossible” to concentrate.

Education is a human right, but the path to learning is notoriously difficult here. Children cut their heels clambering over rubble, as they walk across a devastated landscape to school in tents, under trees and in bombed out classrooms. Half a million Yemeni children have dropped out of education since 2015, as more and more families lose their homes and struggle to find food during the conflict.

In Yemen’s makeshift schools, it is common for children to faint from hunger, and to arrive at school with the sound of shelling in their ears. Actual school buildings are few and far between, and children routinely study against walls riddled with bullet holes, and in the carcasses of classrooms gutted by airstrikes. Teachers are often there on a voluntary basis, determined to educate a generation of children facing a bleak future because of the war. Few have had their salaries paid for a year or more, and struggle to teach even half the curriculum because of a shortage of school supplies, high absence rates and malnutrition among pupils.

Why do these teachers push so hard to keep their schools and classes open? Many are on the brink of starvation themselves, and are forced to work as market traders and builders on their days off, to feed themselves. Sahar Foad, a teacher from Sana’a, says this:

“Teachers have cut their meals, and those of their children, to one a day. Some can no longer afford essential healthcare and medicines – but still, they continue to attend to their classes”.

Delivering even some education to the next generation in these desperate circumstances is an enormous and often lifesaving feat. When children are not in school, the consequences are frequently devastating, both for their futures and their immediate present. Girls are forced into early marriages, where they remain trapped in a cycle of poverty and inopportunity. Boys are coerced into child labour, or made to become child soldiers, where they carry the weight of guns instead of schoolbags.

In Yemen’s horrifying civil war, children’s right to an education has been totally abandoned. 2500 schools are out of use due to attacks from both sides of the conflict, 27 percent are closed, and 7 percent are being used as shelters for displaced people or the military. Yemen’s teachers have shown incredible courage and grit in offering psychological and practical support to their war-traumatised pupils, and sometimes feed them from their own tables.

Yemen’s teachers can’t do it alone, however. Charities like UNICEF and Save the Children are currently appealing to the warring parties and government authorities and donors to protect children’s education unconditionally, pay teachers and increase funding for education. Want to help? You can donate here.

Are We Witnessing The Death of British Curry?
The Potsdam Conference, 75 Years On 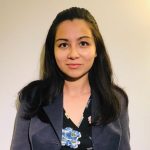 Emily Beater is a freelance journalist and copywriter. She has written for the New Statesman, The Guardian, Times Higher Education and BBC News, and has produced content for a range of educational websites and publications. Emily has a genuine love of writing and a passion for using language to explore social and educational issues. She is completing her degree in English Language and Literature at the University of Oxford.