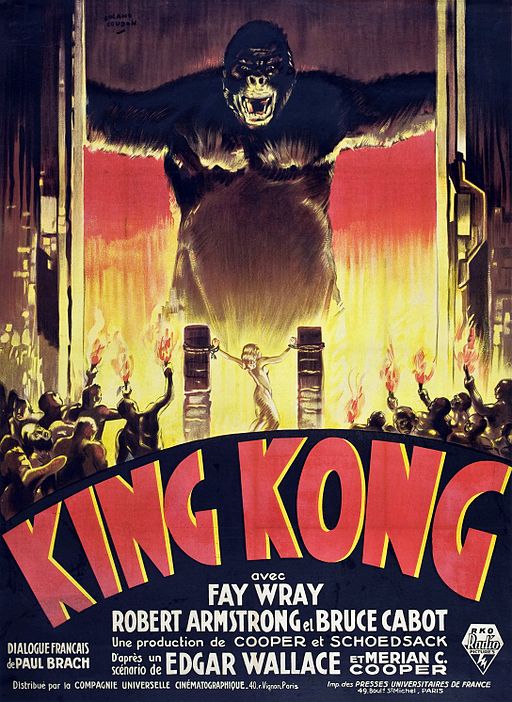 Anthropology, King Kong and the Giant Ape of Sumatra

In 1935 a Dutch anthropologist, Ralph von Koenigswald, was browsing in a Chinese apothecary shop in Sumatra when he stumbled on a box containing what the proprietor assured him were “dragon’s teeth”, or animal teeth prized as medicine. von Koenigswald recognised the teeth as belonging to some form of gorilla, but a rather unusual one, in fact one that was supposedly extinct (Gigantopithecus) and of unusual size, which had roamed the jungles of China, India and Vietnam some one million years ago.

He concluded from microscopic examinations of the dental specimens that the animal would have stood approximately 9 foot tall, weighed 540kgs and had an arm span of about 12 foot, making it far bigger than any ape living in the modern period. Since the original discovery, some 1300 teeth fragments have been identified, many similarly in the back street warehouses specialising in Chinese medical products.

The animal probably walked on all fours, much like modern gorillas, fed on a diet of fibrous food such as bamboo, seeds and fruit. Later exploration confirmed that it inhabited the mountain jungles populated by the giant panda, which lives exclusively on bamboo shoots. In contrast to the panda, Gigantithopecus became extinct during the Pleistocene age when tropical forests changed to savanna, because it was unable to adapt to having to eat a new diet of roots and grasses.

It is, then, perhaps not a coincidence that the legend of the Yeti, also a giant mythical ape-like creature, was thought to inhabit the southern slopes of the Himalayas in Northern India, within the geographical boundaries of Gigantithopecus’s range, and that King Kong, the mythical movie monster, inhabited “Skull Island” in the Indian ocean. And it is much less of a surprise that after the film’s release exploration in Asia and Africa soon became the source of many more fictional adventure movies and Boy’s Own comic strips. And in the real world, the science of anthropology was developing fast.

As for the real life adventurer von Koenigswald, he came a distinguished scientist and was awarded a number of prestigious academic posts in Germany and America. He died in July 1982 aged 80 years of age.

Is Anybody Out There?
On a Road to everywhere: Migration’s nothing new