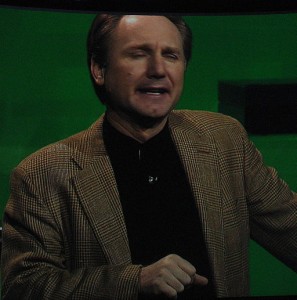 Over the past few months, counter-factual history – examining past events and asking the questions: “What if there had been a different outcome? What would history have looked like as a consequence?” – has been the subject of a number of television programmes. Such debates in the media during 2014 have centered around the question “What if Britain had not declared war against the central powers in 1914?”.

Professor Neil Ferguson of Harvard University is the leading academic exponent of this type of historical conjecture. To ask a counter-factual question can be instructive and illuminating of the real events that took place, particularly in the hands of a distinguished historian like Ferguson. But it should always be remembered that essentially what is being discussed is fiction, not history.

Counter-factual debate has a long pedigree; Napoleon spent every day of his exile after his defeat at Waterloo fantasising about what might have happened had he made this or that decision rather than those he did make. Wellington spent hours refuting these obsessive conjectures.

Counter-factual speculation does usually focus on the small decisions of individuals (usually Kings, Queens or generals), assuming that one small alteration to historical record would have had major consequences for the actual outcome. As we can never be certain of the future, though, counter-factual historians are in fact peddling their own version of the Marxist determinism which they dislike so much. Counter-factual arguments applied to broad economic, social or cultural events, do not really work. You do not get very far fantasising about what might have happened had there been no industrial revolution, or if feminist emancipation had not developed in the late 18th century.

A further criticism of counter-factual methodology is that much of it is politically motivated. It is usually the province of right wing commentators (particularly in Britain) who are keen to discredit the views of left wing historians, to say that economic and technological forces are the driving mechanisms of global change. But Marxist inclined historians are quite happy to acknowledge that Gandhi, Bismarck or Roosevelt are as important in the process of historical change as economic or technological events. Modern Marxists usually acknowledge the relevance of culture and intellectual movements in the course of historical development.

British counter-factual writers are much exercised by the question of what would have happened had Hitler successfully invaded in the country 1940. It could be said, however, that these same British historians need only look at Europe under Nazi rule to know the answer.

Nevertheless, counter-factual speculation, when kept within rational limits, can be illuminating, can stimulate interest in actual events, and can be vastly entertaining. It can also make an author pots of money – think of Dan Brown’s The Da Vinci Code, the Sharpe novels by Bernard Cornwell, or the Flashman books by MacDonald Frazer, all on the best-seller list for historical fiction.

The Great Depression: Going Up
The Book and the Kindle