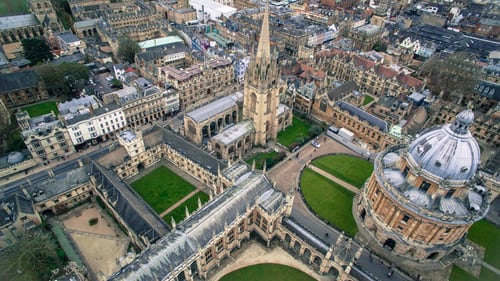 A Little Bit About The University of Oxford

The University of Oxford is the oldest university in the Britain. Although scholars are yet to find the exact date of its foundation, the first teaching records date back to 1096.
Many people expect the university to be located in one single place. Unusually though, it has 39 colleges and departments and these are scattered all over Oxford. Even if you have never visited Oxford before, you have probably seen pictures of the city’s “dreaming spires” and historic university buildings.

The City of Talents

You might be surprised to hear that a whole host of well-known writers have been connected to the university, including Lewis Carroll, J.R.R. Tolkien and C. S. Lewis (who came up with the description of the dreaming spires). Sir Roger Bannister proved that it was possible to run a mile in under four minutes (the four-minute mile), and broke the record on the city’s Iffley Road athletics track in 1954. The university has provided education to close to thirty prime ministers – a surprisingly high number!

Disagreements between students (gowns) and residents of Oxford (towns) occurred several times in Oxford’s rich history. One of the most severe of these arguments took place in 1209, following a serious case of violence. Afterwards, a group of Oxford students decided to flee the city and established a new university in Cambridge. This would become the similarly renowned University of Cambridge. This rival institution is often referred to as ‘the other place’ by Oxford academics and students.

Equality at The University of Oxford

Women were not allowed to study at the university until the end of the 19th century. Surprisingly, they could only receive a degree from 1920. It was thanks to the pioneering work of the Association for Promoting the Higher Education of Women (AEW) that women’s colleges were founded within the university. Nowadays, there is a ratio of approximately even number of male and female undergraduates.

Oxford is a hub for academic talent. Students have unparalleled opportunities to learn from some of the best scholars. Well-known academics from across the globe travel to Oxford to share their ground breaking research. It is a place to inspire you.

How to Find your Calling in Work
How can Flash Fiction Improve your Writing? 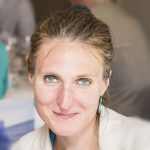