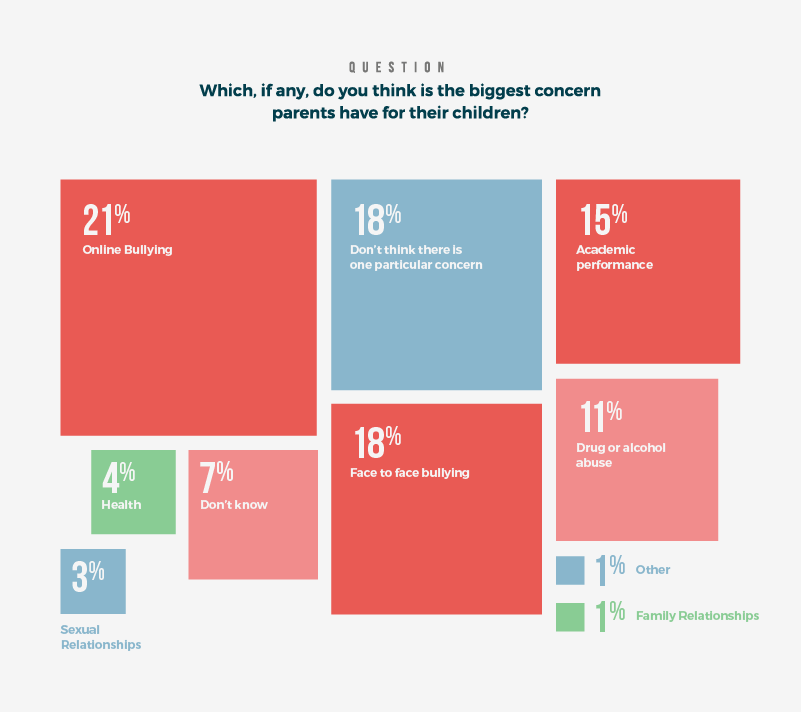 In 2014, we surveyed the nation to find out more about the extent and impact of bullying at school. We discovered that more than half of people have suffered at least one instance of bullying, while two-thirds of these believed their experiences had a negative long-term impact on their self-esteem.

Three years later, we’ve conducted new research – this time focusing on parents and their concerns and reactions to the issue of bullying.

When asked about parents’ biggest concerns about their children in school, bullying was number one – higher even than academic performance and drug or alcohol abuse. Some 21% of people thought online bullying was the biggest issue that parents should be concerned about, followed by 18% who named face-to-face bullying.

The concerns about online bullying appear to be well-founded. As most people are aware, platforms like Twitter and Facebook can be used to harass and intimidate others, and it can often be difficult to identify and stop those responsible. 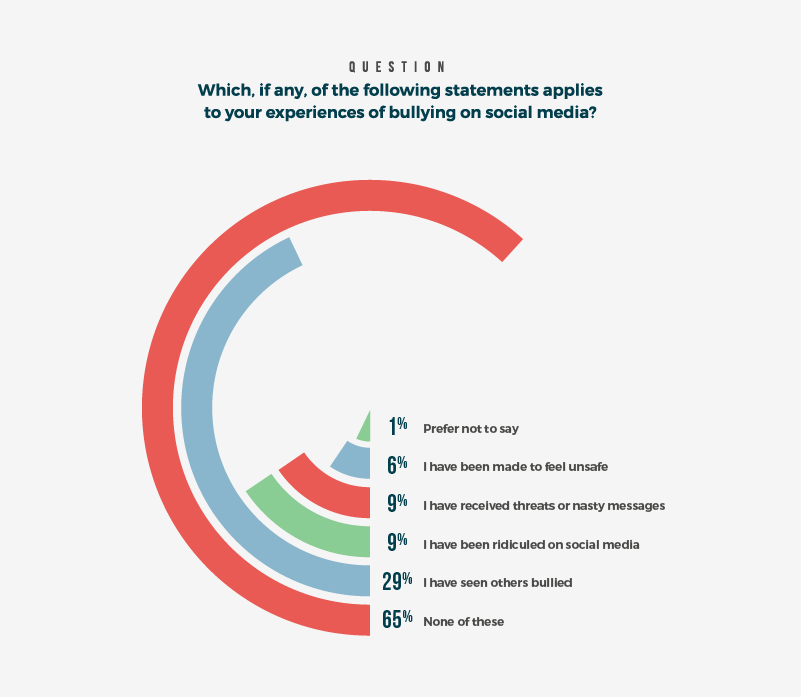 29% of people said they have witnessed bullying on social media, and 9% said they have been a target themselves. Additionally, these figures were much higher among younger respondents aged 18-24.

In another question, people were asked to imagine they had a child who was being bullied at school. The responses showed that the majority of people would talk to either their child’s teacher or the school’s head teacher (75% and 78%, respectively).

However, 37% of people said they would refer the matter to the local authority or the police – and over a quarter (27%) would even consider moving their child to a different school. 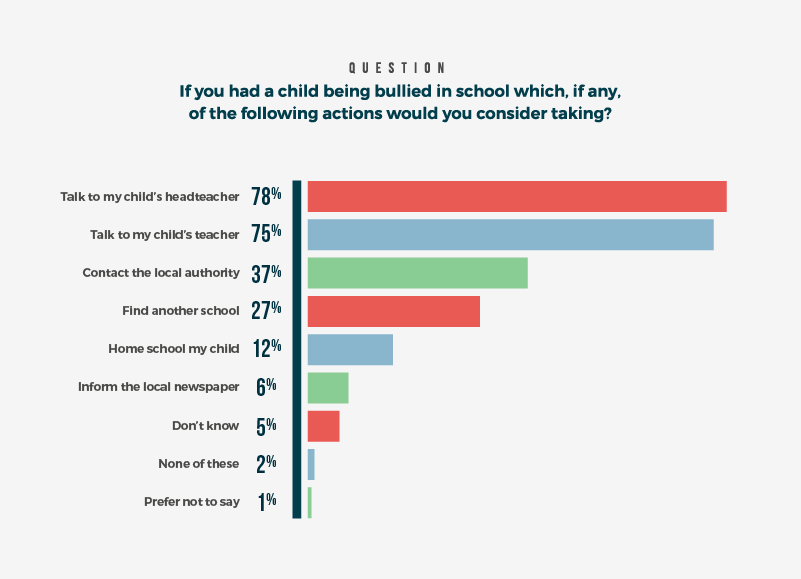 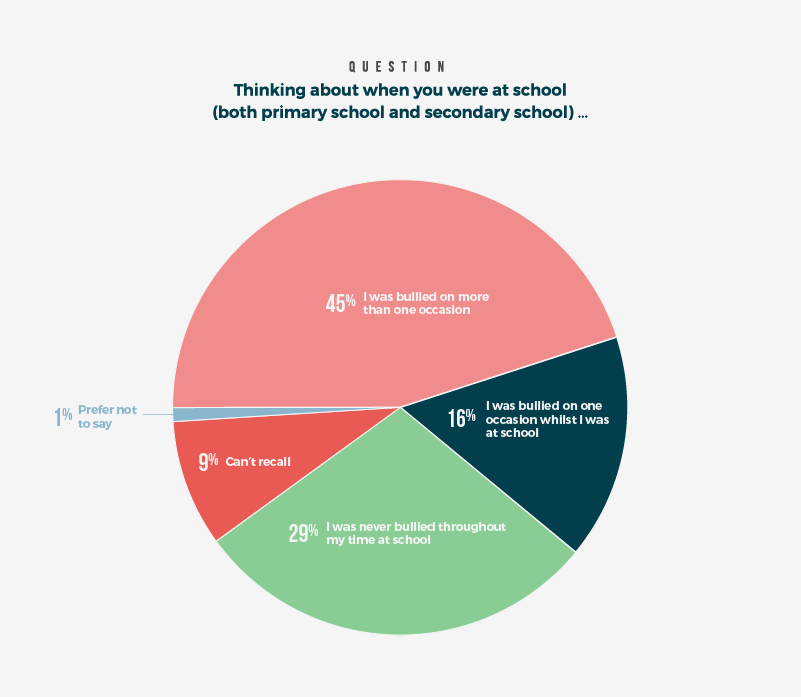 45% of people said they had experienced bullying on multiple occasions at school, with 69% of people saying it had affected their self-confidence and 34% admitting it impacted their ability to make friends. 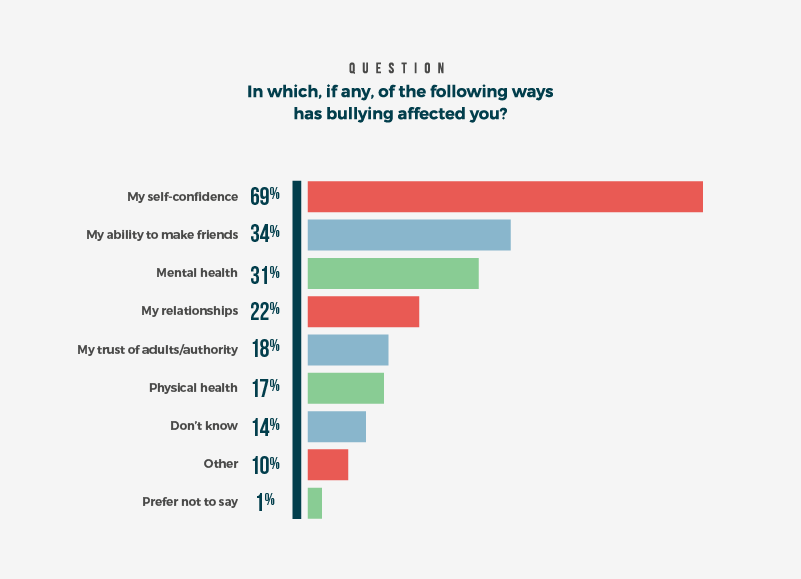 Some 29% of people said the bullying had been perpetrated by someone in their friendship group. 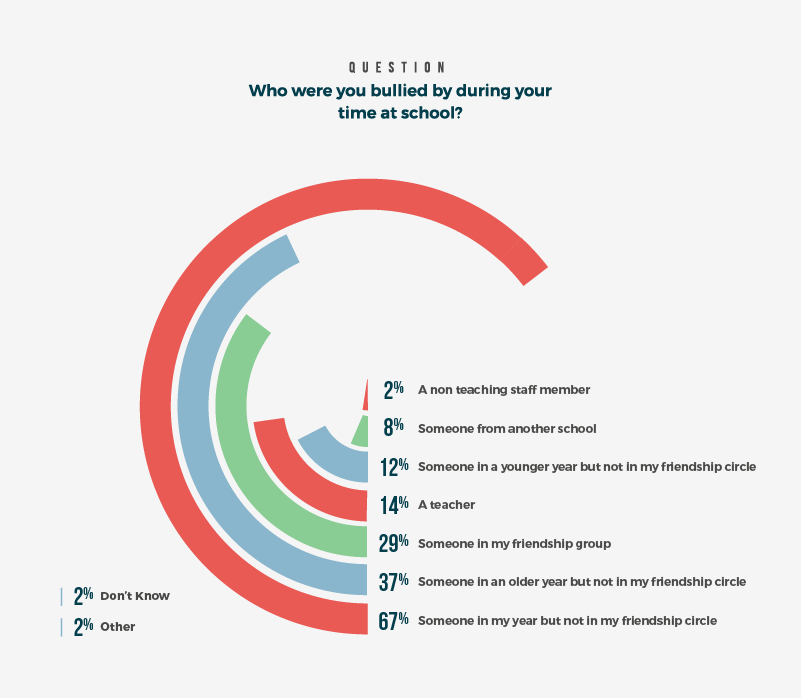 Greg Smith, head of operations at Oxford Open Learning Trust, said “Online bullying is a worrying recent trend that parents should be aware of, and those who didn’t grow up with this technology may not realise how isolating and distressing it can be for the victims.

“Social media platforms, especially those allowing anonymity, can be very effective tools for harassment. Today’s children rely on social media to stay in touch with their friends after school, but for somebody being bullied this way, it may also create a feeling that there’s no escape – even at home.

“We would encourage parents to take online bullying just as seriously as bullying in the playground, and to understand the impact social media can have on children’s self-esteem.”