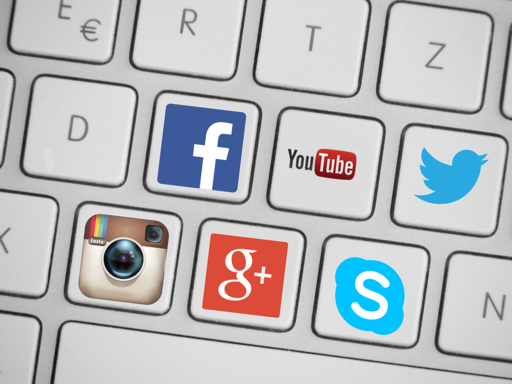 Is Social Media worth it?

Facebook, Instagram, Twitter, we all use them whether it’s to share pictures, chat, post silly stuff, setup social events and groups, notify people of major life events, or for business. Whatever we use social media for, its main purpose is to communicate and stay in touch with people worldwide. It most definitely has its uses.  There are, however, some negativaties.

Social media sites can make it more difficult for us to distinguish between the meaningful relationships we foster in the real world, and the numerous casual relationships formed online. There is also the bigger issue of cyber-bullying and verbal abuse which kids are particularly vulnerable to, for example. Cyber-bullying involves perpetrators terrorising individuals in front of their peers by posting anonymously or as people their victims know. Unlike with conventional bullying, there is nowhere to hide; with the extensive use of technology, victims are constantly exposed. The devastation of such online attacks can leave deep mental scars, which can even lead to suicide. Cyber-bullying has sadly spread widely among the youth, with 42% reporting that they have been victims, according to a 2010 CBS News report. That figure may since have risen.

Other issues include decreased Productivity. While many businesses use social networking sites to find and communicate with clients, the sites can also prove a great distraction to employees who may show more interest in what their friends are posting than in their work tasks. Another issue is the use of emojis. Yes they are fun, cute and everyone uses them, which is great, but they can be seen as affecting our spelling and grammar. Our writing skills are getting worse because not only do we use emojis but we use abbreviations and other means of shortening words and sentences, most obviously Twitter.

Social media has changed all our lives. Facebook now has 1.8 billion active users – a quarter of the world’s population. But it has a particular impact on the young generations who have grown up with the Internet. Sites such as Facebook and Instagram are a part of everyday life. The ability to write something hurtful without seeing the other person’s reaction means that social media can very quickly become a hostile place.

So is social media really worth it? Despite its problems, I believe it is when used sensibly and within reason. Parents need to be vigilant and be aware of their children’s online activities. Although schools do take an active role teaching about cyber-bullying, not all children are brave enough or strong enough to report any wrongdoings and this has to stop! The better we can do this, the better social media will be, and indeed the better it will be accepted by those who still have some mistrust of it.

Why do we like a scary story?
On finding pleasure in Literature’s Macabre