Women have been changing and challenging the status quo since the beginning of time, but there are certain women whose actions, brilliance and courage have changed history – and the world. March the 8th is International Women’s Day, and as such, here are a few of those to have made their mark.

No list of female trailblazers would be complete without Pankhurst, the founding member of the Suffragettes. Pankhurst’s legacy is a complicated one – the Suffragettes’ public protests were often violent and vandalistic. Pankhurst was galvanized by the cause, and there was nothing she wouldn’t do to fight for women’s enfranchisement, including going on hunger strike multiple times while imprisoned.

It took almost the whole of Pankhurst’s lifetime to witness political change. But in 1918, the Representation of the People Act came into force, which granted women over thirty who met the minimum property qualifications the vote. Later, The Equal Enfranchise Act of 1928 permitted women over twenty-one to vote, regardless of property ownership.

Without Pankhurst’s sacrifices and courage, the history of women’s rights might look very different to how it does today.

Jane Austen’s influence on society cannot be overstated – her novels, often with irony and great humour, commented on everything from manners to wealth, education, and a woman’s place in society. Sadly, Austen, who died at just forty-one, didn’t live to see the true impact of her success on the literary world.

Although Austen only published six novels in her lifetime, but thanks to the wit she gave to the characters in Pride and Prejudice and the abundant charm of Sense and Sensibility, her novels have stood the test of time and remain beloved by each generation. Like many female authors in the eighteenth century, Austen wrote anonymously. Her pen name read: ‘By a Lady.’

Beyond her brilliant stories and relatable characters, literary critics most often praise Austen for her use of free indirect discourse, whereby a character’s thoughts and feelings combine with the third-person perspective of the narrator. Austen is credited with inventing free indirect speech, which has influenced literary greats ranging from Virginia Woolf to Ernest Hemingway.

Born Marya Skłodowska in 1867, Marie Curie, as she later became known, is remembered for her discovery of radium and polonium that led to pioneering work in cancer treatments. Curie had the makings of a revolutionary from youth. She became involved in the nationalist ‘free university,’ where she would read in Polish to female workers – a strictly forbidden pursuit.

Her research in ‘radiation phenomenon’ resulted in Curie becoming the first woman to win the Nobel-Prize. She received the Nobel Prize in Physics alongside Pierre Curie and Antoine Henri Becquerel in 1903.

In 1911, she won yet another Nobel Prize, this time in Chemistry, making her the first woman to win Noble Prizes in two categories.

Her work ultimately led to the development of nuclear energy and radiotherapy (RT) to treat cancer. Her life-saving work lives on through the Marie Curie charity, which provides care and support for people with terminal illnesses and their families.

Augusta Ada King, Countess of Lovelace, was a mathematician and is often considered the world’s first computer programmer. She was the daughter of Anne Isabella Noel Byron and Lord Byron, the English poet. Ada appeared to have inherited her mother’s talent for Mathematics, as Byron considered Anne to be ‘the princess of parallelograms.’

Lovelace met Charles Babbage, the nineteenth-century Polymath and inventor of the ‘Analytical Engine’ – a precursor to the modern computer. Lovelace wrote a series of comments and annotations about the Analytical Engine, which demonstrated her recognition that it ‘holds a position wholly its own.’

She considered the Analytical Engine capable of being programmed to compute Bernoulli numbers. Although Babbage never built the Analytical Engine, Lovelace’s insights inspired future generations and were undoubtedly partly responsible for the inauguration of computer programming.

Margaret Thatcher, who was Prime Minister of the United Kingdom from 1979 to 1990, will perhaps divide opinion more than any other woman on this list. But love or loathe her, there’s no doubt that Mrs Thatcher redefined what it means to be a woman in Politics.

Thatcher ultimately made – and changed – history when she became leader of the Conservative Party in 1975 and, by 1979, was elected the first female Prime Minister in the UK.

By the early 1980s, the picture was starting to look decidedly less rosy for Mrs Thatcher. Mass unemployment and spending cuts plunged large sections of the population into poverty, and this looked like it might be the legacy of Mrs Thatcher’s premiership. Some would say that assessment remains true, but others would disagree – again, she proves a very divisive figure, even now.

She continued her premiership until 1990, making her the longest-serving prime minister of the 20th century. 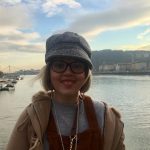