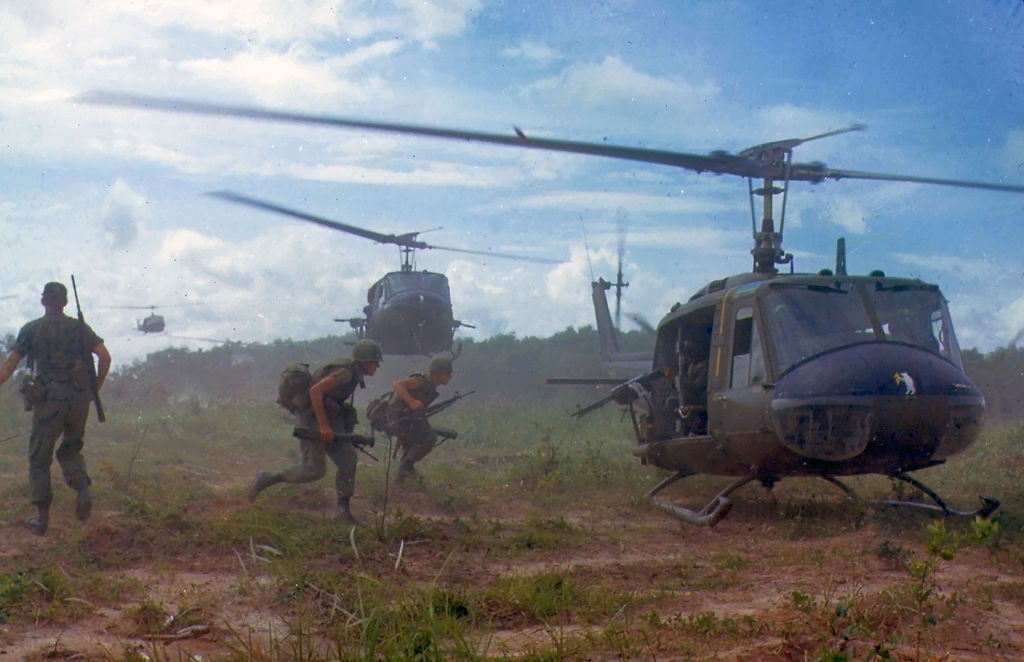 The end of the Vietnam War and its cultural legacy

The Vietnam War was fought between the North Vietnamese’s Communist National Liberation Front (or Vietcong), and the South Vietnamese backed by the Americans. By 1963, most of South Vietnam’s rural areas were under Vietcong control. When this happened, however, the USA decided to support a coup, which put a military government into South Vietnam to help protect the region.

In August 1964, sailors on the American warship USS Maddox in the Gulf of Tonkin were attacked by North Vietnamese torpedo boats, and the American President Lyndon B. Johnson, took military retaliation. Events continued to escalate, though, and by the February of 1965 the Vietcong were openly attacking American air bases. Finally, Johnson declared war against North Vietnam.

This war, which lasted for almost ten years, divided America.
By 1972, less than 30% of Americans agreed with their country’s stance in the conflict. Protests were a common site in Washington, D.C., as well as on college campuses across the country. In addition, as it was not just regular forces that had to fight, but also conscripted men, there was massive opposition to the war from the population as a whole. 1,728,344 males, age 20 to 26, were drafted to serve in the
Vietnamese war; a whole quarter of all troops.

Under pressure to end the war, Richard Nixon, who’d become president in 1969, began pulling some of the US troops out, giving financial support to the South Vietnamese army instead. Then in October 1972 Henry Kissinger worked out a peace agreement with the North Vietnamese. Sadly, the president of South Vietnam refused to sign because he thought it meant that the USA were going to abandon him, and so North Vietnam pulled out of the talks.

Determined to get his men home, Nixon mounted huge bombing raids until the North Vietnamese signed a peace treaty. In January 1973 the Paris Peace Agreement was signed, and the Americans were finally able to leave Vietnam in March 1973.

Of those soldiers who made it home, 303,644 were wounded and many suffer lifelong mental scarring. The war itself carried on without America for another two years; its horrors, such as the fall of Saigon, becoming more and more abhorred by the world at large.

With the exception of the Second World War, never has a conflict led to so many films, books, and songs being written. Unlike the World Wars, however, which inspired morale boosting culture; the Vietnam campaign produced a counterculture of media that concentrated on its atrocities, the opposition to the war, and its lasting effects on society.
As the 1980’s hit record, 19, by British pop star, Paul Hardcastle, clearly stated, the average age of the 58,000 Americans killed in Vietnam was only nineteen. Long before Robin Williams shouted “Good morning, Vietnam!” into the microphone, the US film industry was putting its stamp on our perception of Vietnam’s history. 1980’s films Apocalypse Now, Platoon, Full Metal Jacket, and the later Born on the Fourth of July, have become cultural classics.

It wasn’t just the war itself that bred movies, but the effect that war had on its soldiers. Taxi Driver (1976) and The Deer Hunter (1978) focused on former soldiers struggling to return to normal life after the war. Even the hit light entertainment television show, The A-Team, told the story of Vietnam vets who’d become mercenaries in order to get by.

It wasn’t just the American population and culture that questioned America’s involvement in Vietnam. Ever since, the memory of the war has strained the country’s ties with some of its traditional partners in Western Europe.

There is always the fear that America will allow itself to be drawn into “another Vietnam.”

Helping You Help Young People with Exams
Branwell Bronte back in the Picture?