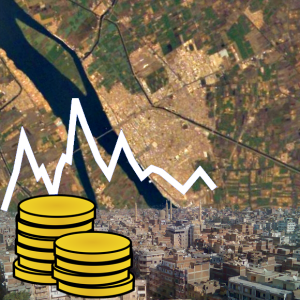 Economic globalisation is the interdependence of national economics across the world, encouraging the cross-border movement of goods, services, people (including the international tourist trade), technology (internet), corporations and businesses. Economic globalisation links advanced economies with developing economies by reducing trade barriers such as tariffs and quotas. It promotes open markets, encourages competition and drives down costs, as well as discouraging protectionist policies.

To define globalisation’s scope is to suggest its advantages. But it can also have serious negative consequences, particularly on countries suffering endemic instability associated with government corruption, entrenched tribalism and the economic disempowerment of women. As Christine Lagarde, head of the IMF, made clear in her 2014 Richard Dimbleby Lecture at the Guild Hall, London (“A New Multinationalism for the 21st Century”), climate change will also exasperate the problems of global economic activity in the future.

Economic globalisation also creates problems for the advanced economies. Capital can be drained from one country to another because of tax differentials. Production and services will tend to move to countries with low labour costs (e.g. the movement of British firms to China) creating pockets of regional unemployment, with Birmingham and the West Midlands being such examples. On the other hand, foreign firms seeking wider markets for their nascent industries often replace the lost industries of the advanced economies (e.g. Indian car firms manufacturing in Britain, seeking market share in the EU).

As global trade increases, so money laundering expands. Globalisation can also increase income inequality between rich and poor nations through the increasesd use of tax havens, tax avoidance, wealth concentration and income inequality.

Migration is also a double-edged sword, even though the host nation is usually a net-beneficiary. For example, young people are needed to create wealth and income-flows in ageing societies such as Britain and Germany.

On balance, the opening of new markets has increased GDP in the underdeveloped world by approximately 7% over the period 1990 – 2014, narrowing the gap between rich and poor and increasing the family income of the poor by about 5.4% worldwide. In China it is much higher. The future prospects of Brazil, Nigeria, India and Indonesia – all fast-growing economies – are inexorably linked to the positive development of an intergrated global trade. Current British aspirations for industrial growth seek to capitalise on these market opportunities.

When can I take my A-Level Exams?
The Treaty of Versailles: The Other side of the Hill