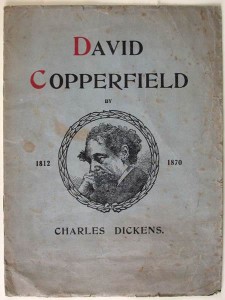 Based on true events?

My students often ask me how creative they are expected to be when they do creative writing, does it all have to be imaginary, how much can they use their own knowledge and experience, how much can they change the facts?
It is all a bit of a balancing act, using the real world and some of our real experiences and ideas, if only for contrast. to create something original. It is interesting to see how some of our most famous writers have squared this circle.

Look at Shakespeare: he used real historical figures to attract his audience by letting them think they were going to be watching an Elizabethan version of a documentary, then modified history to use those historical figures to make interesting points of his own. In real life, Macbeth did kill King Duncan, but in battle rather than any underhand way. Similarly, Cleopatra and Anthony did not have a fleeting dramatic romance, they were in fact together for 10 years and had three children before they were ultimately defeated by Octavian.

Some of our most famous dramatic writers created fictional characters but placed them in a very real world, like Sir Walter Scott when he created Ivanhoe, a figure of his imagination who lived in a genuine England, visited real castles like Ashby de la Zouche and met real historical figures like Richard the Lionheart. Interestingly, the hero of one of Scott’s most famous novels, ‘Rob Roy’, who I had previously thought to be another character of his own creation, was not fictional at all. He was actually a fictionalised version of a real historical figure, Robert Roy Macgregor, who lived a life that was just as exciting as Scott’s recreation.

We need only look at Charles Dickens’s work to realise how complex the link between fact and fiction can be. Many people now know that whilst David Copperfield was a fictional figure, much of his life, particularly his early life, was inspired by Dickens’s own experiences and tells us about things that Dickens never divulged, even to his family. We are not perhaps as aware that Dickens’s depiction of the Marshalsea debtors prison in Little Dorrit was based on his own and his family’s experiences. Also, I have often wondered whether the different types of parents shown in Bleak House are a working through of personal, ambivalent attitudes towards his own parents.
And I haven’t even started looking at how fictional characters can be inspired by real individuals…

What is a Well-rounded Education?
It’s Never too late to Study!