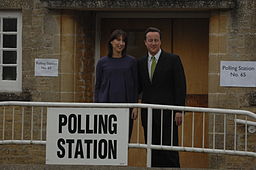 Alec Salmond, the former leader of the Scottish National Party, has called for all 16 – 17 year olds in England and Scotland to be given the vote in time for the 2015 general election. Having won 45% of the total votes cast in the Scottish independence debate, he feels that much of the support for the “Yes” campaign came from young voters. There is little question that the drive for full independence is certainly not over “for a generation”.  An influx of young enthusiasts second time around would likely secure the SNP their majority for an independent Scotland.

However, there are serious flaws in his suggestion, based on anecdotal evidence from a referendum campaign. First, the referendum offered a simple binary choice on one issue. A general election is very different and there is very different and there is no research or statistical evidence as to how many 16 year olds actually cast their vote or how they actually voted in the Scottish referendum. The total turnout for the vote was near an astonishing 84% – in a general election involving far more eligible voters, 60% or less is the normal turn-out, and even less again for local elections.

There are, though, moral arguments for reform. 16 year olds can do lots of adult things, such as get married, live on their own or join the armed forces. On the other hand, the majority choose not to do any of these things. Opponents of the idea argue that they would therefore not exercise the right to vote in any large numbers. But we simply do not know this. It is also claimed that 16/17 year olds would simply vote the same way as their parents. It is equally plausible to argue that peer opinion would be paramount.

In fact, teenagers are quite sophisticated and have access via social media to  information and opinion not usually used by the traditional voting public. They certainly have as much stake in society as their parents, for it is they, after all, who will inherit the future.

Perhaps 18 remains the best option; young people are then legally classed as fully accountable adults, they are on the cusp of independence, leaving home, finding work spending their own money and making their own decisions. At 18, they are experiencing society and the consequences of political choice in ways not previously open to them. Parental guidance and control, for good or bad, are receding

Studying as a mature student
How and When do we Learn?